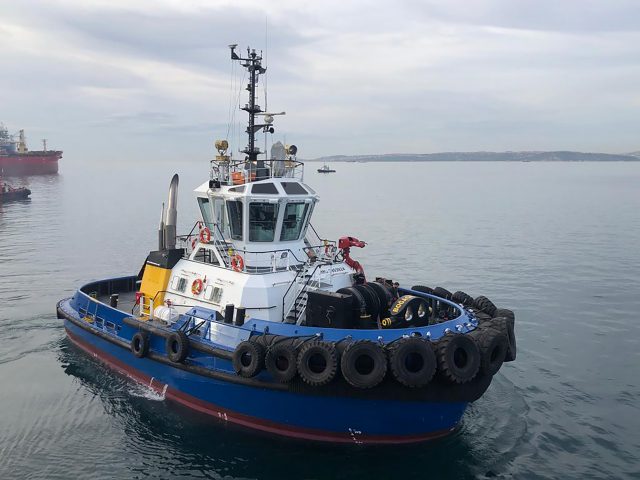 The modern twin Z-drive, diesel powered tug has been designed for maximum efficiency in the performance of ship-handling duties for sea going ships.

Bogacay XXXlll is the third tugboat that Sanmar has sold to Eren Energy. The tug has an overall length of 24,4m and a moulded beam of 11,25m. Its two main engines each produce 1,765kW of power to give the vessel a bollard pull of 60 tonnes.

Bogacay XXXIII comes with Class 1 fire-fighting capability and can achieve a free running speed of 13 knots. It has a fuel capacity of 74.2m3.