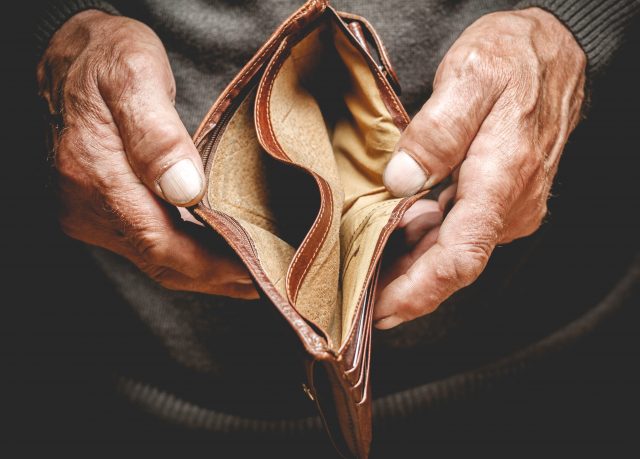 A period of low interest rates started by public banks in Turkey in early April, which was part of efforts to restrict the negative impact of the pandemic on the economy, has reached its end.

Although this was not a policy of the country’s economy management, a number of recent developments in the markets as well as increased geopolitical tension in the region, has brought about significant macroeconomic issues including slow growth and unemployment. These problems have pushed the lira down to historic lows, at a time when Turkey is also struggling with meeting its needs for cash from abroad. After market fluctuations and the lira plummeting to historic lows, the Central Bank still kept the benchmark rate unchanged. However, it took measures that amount to a covert “rate hike”, which in turn led to rapid spikes in interest rates in the markets.

Yields on Turkey’s benchmark 10-year lira bond jumped to 15 percent. Interest rates on bank deposits rose to 12 percent from levels of around 6 percent. Loan rates rose by about 2-3 base points. Meanwhile the current rate of the lira against the dollar at TL 7,35-7,40 has come to be accepted as the new normal.

CB making financingcostlier
As such, the Banking Regulation and Supervision Agency’s (BDDK) rule to require banks to maintain an asset ratio of at least 100 percent, which was announced in April in a move that was also backed by the Central Bank to force banks to issue loans at low rates, has officially come to an end. With this “policy” change that comes after the economy management’s realization that the banking sector is in a tough situation, the banking sector has ended the period of loans at low interest rates. Economists mostly agree that the hikes in borrowing rates will continue until they reach a point in line with the market conditions. The average cost of funding provided by the Central Bank of Turkey had fallen to as low as 7,34 percent on 16 July. With the recent move of the Central Bank, the funding cost reached 9,67 as of 26 August; meaning that a tightening measure nearing 250 base points was introduced. Experts say that a more challenging period is ahead for companies. With financing costs on the rise again, companies are faced with the risk of having to struggle against the highly anticipated second wave of the pandemic. At the same time, economists say that the loan rate increases will put the brakes on the short lived revival in the property market and domestic consumption, which is likely to be another problem for companies.

Real sector finding it hard to make plans
The expansion measures taken due to the pandemic have had the desired effect initially, experts say, but they also add that the damage the lira has received has taken a huge toll on companies’ balance sheets. Experts warn that particularly those companies that have borrowed loans in foreign currency should once again be put in focus.

Most recently, head of the Ankara Chamber of Commerce (ASO) Nurettin Özdebir stated that the open position has distorted the debt/equity balance of companies calling for measures to address the foreign currency debt of the real sector, without abandoning the exchange rate regime. Experts say that the real sector is finding it hard to plan long-term under the existing conditions, adding that currently risk perceptions are increasing, and the course of the pandemic not slowing down is having an impact on Turkey. As such is the reality for the markets, recent tensions arising from Turkey searching for natural gas in the Mediterreanean particularlyincreases the pressure on the lira.