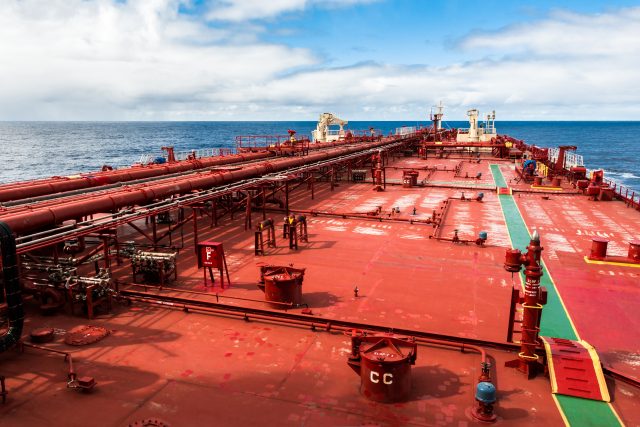 Albert Einstein said ”in the midst of every crisis, lies great opportunity”. The next step is to find the answer to the one million dollar question: ‘Is now the right time?’

Oil remains the most common energy resource as technologies related with oil are more advanced than those developed for other energy sources. At least, this is the situation for the time being. Product tankers are crucial assets that play a big role within the supply chain in the energy industry. The transport of refined petroleum products such as gasoline, diesel, jet fuel, etc. is carried out by tankers as this is the most efficient way to transport such products in today’s world.

For a product tanker owner, it is important to identify and understand the Dynamics affecting the tanker freight market. Owners need to be able to understand the drivers of demand and supply, which are intricately linked to freight changes; to be able to anticipate potential future developments and trade their ship most profitably while investing their capital at the right time in the right assets.

By understanding potential changes in the freight industry, operators and owners will be able to prepare themselves in advance. Shipowners, for example, might be able to increase their competitive edge by choosing the most lucrative trades for their respective vessels. Hence, understanding the dynamics and the potential changes to freight rates as a consequence of variables affecting the market could prove a competitive advantage to those informed.

Covid-19
The global economy is in crisis due to the ongoing Covid-19 pandemic. Several potential recovery models are being predicted by leading financial institutions, such as those defined as a “V shape” “U shape” or “Double Bottom” recovery. However, any recovery scenario would ultimately be shaped by the production of a vaccine, as we all hear from the medical researchers that it takes several years, even decades to produce a vaccine for such viruses.

The global economy has always grown, even after challenging times, as continued growth is part of human nature. It will grow again. The only need for this is to learn to safely live with the virus until it loses its potency like all the others before it and until reliable antiviral medication is available. I believe that during the second quarter of 2021, a recovery process will bring the GDP to the pre-pandemic levels of the end of 2019.
As we invest in US dollars, the purchasing power of USD (USD index) is another important factor to examine.

Due to Covid-19, the Federal Reserve (FED) has agreed to broaden monetary policy by using its resources to boost the economy, as it did during the 2008 crisis. This increases the supply of money, decreases interest rates and increases demand. It stimulates economic growth. It reduces the currency value and thus reduces the exchange rate.

Increasement of money in circulation may cause a spike in new order prices in the upcoming years in this perspective while GDP growth is expected to increase.

Other challenges
All shipowners face serious risk resulting from volatility and drops in freight rates, bunker costs, sanctions, compliance with the new regulations and vessel values. Sustainability in the industry is determined by the availability of product tankers and demand for petroleum products and their use of shipping services.

The scale of the investment in the tanker business creates a high exit barrier for shipowners. This may put tanker owners at risk of losing their financial assets if the tanker market is highly volatile. Owners are required to predict the future as far as possible, since their fleet expansion or contraction decision would be effective only about a year later, due to the time needed for a credit loan, shipbuilding or demolition processes. Tanker owners, therefore, need to build a simple and well-considered plan to mitigate risks and volatility that may result in financial problems.

However, there is another risk faced by oil tanker owners, which arises from the difficulty of forecasting the freight market in the years ahead, as oil is used as a political weapon in addition to its use for general consumption. High or low production levels decided by the oil producers disrupts the market’s correlations from its linked markets. Therefore, to minimize risks and manage their investment in shipping in the right direction, shipowning companies should be capable of producing a freight market forecast or at least reviewing existing reports. 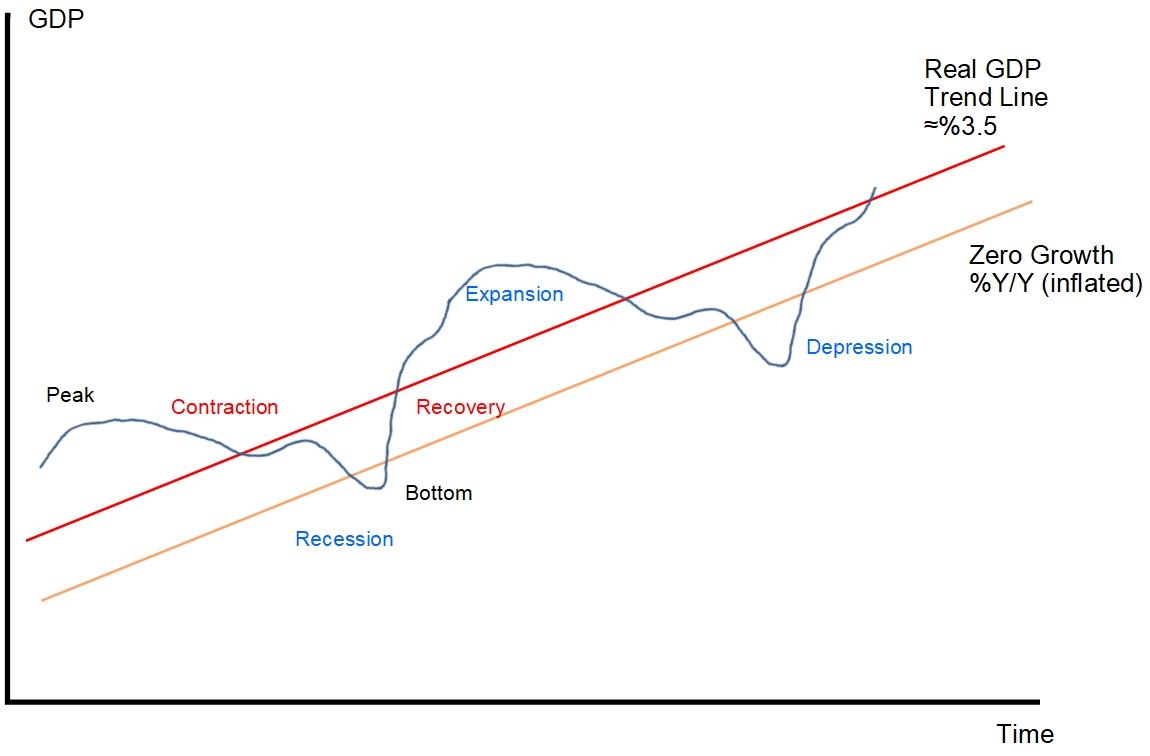 Four phases of the business cycle :

1. Expansion: There is a healthy economic growth of 2% to 3%. A bull market starts.

2. Peak: The economy is growing by over 3%. Prices are up due to inflation. Bubbles of assets remain.

3. Contraction: While economic growth is slowing, it is not negative yet. A bear market starts.

4. Trough: The economy is contracting and signalling a recession.

Based on the above information, the best time to purchase a ship would be the bottom of the market while the prices have dipped to lowest levels and there is a bull market ahead about five-seven years. Depending on a new building or second-hand purchase, delivery lead time to be taken into account.

The average annual global growth in this millennium (starting in 2000) was 3,4%, while the average growth in the oil trade in the Seaborne was 3,24%. Average daily earnings of product tankers and oil product seaborne trade growth graph clearly shows that freight rates are interdependent with seaborne trade growth of oil with an inconsistent time-lag (1-2 years), which is very vulnerable to global economic growth.

This time-lag indeed is one cause among several factors driving the changes in the fleet supply side.

The product tankers transport derivatives of the crude oil, thus there is a correlation between the commodity price and freight rates of the product. However, the correlation is not always synchronised; there are similar patterns that can be seen as below.

Generally speaking, the lower the oil price, the stronger the demand for oil. However, the relationship is not linear. There is a band between USD 20 and USD 70 where the oil price will be demand-stimulating. Between the USD 70 and USD 80 zone, this is neutral and above this level, the price is demand-destructive.

Random shocks
As Stopford said, the cyclical process of the stability of the economic system is influenced by random shocks such as storms, pandemics, political instability, product prices changes and war. The most important influence on the shipping market is economic shocks. These are specific economic disturbances which are superimposed on business cycles, often with dramatic effects.

Supply drivers
The imbalance between shipbreaking and new buildings creates the growth of the fleet. Since a product tanker has an average economic life expectancy of about 20 years, every year just a tiny part of the fleet is being demolished.

It’s visible that the tanker order book has dropped significantly since 2016 while the average age of the fleet increases (2020 Q4: 11,4 yo). However, it seems that the new order price has not dropped, considering an average of %1,9 annual inflation rate for the developed countries, in fact, for example, the price of an MR Tanker has fallen relatively as USD 36M in 2015 is equal to USD 39,5M today while the actual price is about USD 33-34M now.

• The vessel has daily operating expenses of 6,000 $/day, which increase annually at the inflation rate of 1,5% (Assuming the next five years of developed countries)

• The vessel could be operated in the market under time-charter (TC) contracts for the next five years. Current 1-year TC rate is 14,600 $/day (Average T/C rates of latest 8 years).

• The operation of the vessel involves 10 days off-hire every year.

• Finally, it is anticipated that following 5 years of operation, the vessel could be sold in the second-hand market for $18m (Last 10 Years Average price of 10 yo MR Tanker)

• The project will be financed using debt and own funds at a ratio of 70 per cent debt and 30 per cent equity. Currently, the best deal is for a 5-year loan with a fixed rate of the interest rate of 2,5% plus a spread (spread will be assumed %3).

Given all the above, a simple calculation of NPV is positive; thus the investment is profitable. If the freight market and/or resale value goes higher as expected than the profit and the IRR increases.

The tanker market had big challenges and minimal profits during the last decade, especially when compared to the previous decade (2000-2010). 2005-2008 were golden years for tanker owners with all-time highs in the market, a development which has been correcting so far and suggests that we are very close to the dip, where an opportunity lies in the upcoming years.