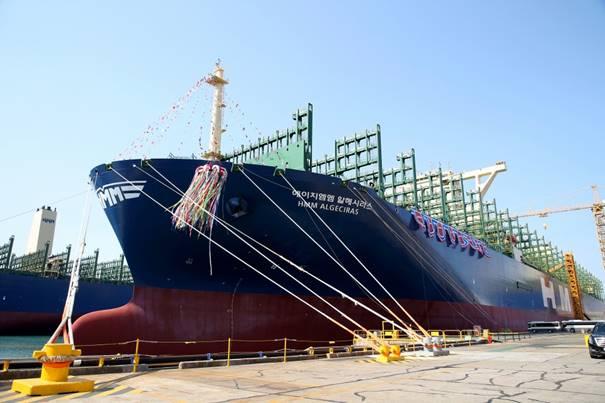 The ship was officially named during a private ceremony at the Daewood Shipbuilding and Engineering (DSME) shipyard in South Korea.

The HMM Algeciras measures 399.9 meters long and 61 meters in beam. With a nominal TEU capacity of 23,964, it will take the title as the world’s largest-capacity containership.

HHI is constructing eight ships of 16,000 TEU to be delivered in the second quarter of 2021.

Delivery comes at a less-than-ideal time as the coronavirus pandemic wreaks havoc on global trade.

HMM joined The Alliance as a fulltime member starting April 1, 2020. Other members in the alliance include Ocean Network Express (ONE), Hapag-Lloyd and Yang Ming.

Will trillions of dollars be enough to undo the damage?