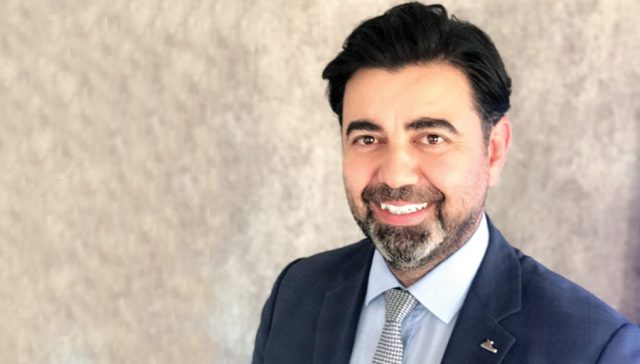 Havelsan Regional Business Development Manager Dr. Tahir Çonka gives information on the implementation and success of the GENESİS combat management system in the ships of the Turkish Navy

In the first decade of the 21st century, Turkish defense industry reorganized along with a renovated infrastructure to meet the ongoing demand of the armed forces. There were three remarkable events in recent years. In 2011, all eight ships of the GENESİS G-Class (ex FFG 7 Oliver Hazard Perry) modernization program were completed. In 2013, the second corvette of the MİLGEM project was delivered to the Turkish Navy. Finally, in 2014, the last four of the 16 platforms of New Type Patrol Boat (NTPB) program were launched. HAVELSAN has been a part of these efforts by providing Combat Management System (CMS) for Turkish Navy’s GENESİS G-Class (ex FFG 7 Oliver Hazard Perry) Frigate Modernization, MİLGEM Corvette and New Type Patrol Boat programs.

Combat Management System (CMS) is the brain of a warship’s combat system. It takes in all relevant external and internal information to enable the ship’s command team to detect, analyze and act against threats to both the ship itself and the surrounding friendly forces. By being responsible for interrelated functioning of each subsystem, CMS behaves as a maestro in order to enhance survivability and compatibility of the platform. HAVELSAN is involved as the CMS provider of all three above-mentioned projects.

GENESİS provides the ship and the command team with outstanding operational capabilities in support of all mission types, both in the open seas as well as in littoral regions. Excellence in situational awareness and rapid & precise tactical response in all warfare domains are appreciated features of the GENESİS CMS. Support for interoperability in allied/coalition operations, onboard training, recording (logging) and debriefing are key characteristics of GENESİS CMS.
Currently there are eight (8) GABYA Class (ex FFG 7 Oliver Hazard Perry) frigates in service. These make the backbone of Turkish Navy. Since their commissioning in Turkish Navy GABYA Class frigates are almost under constant modernization.
The first phase of the modernization was the lengthening of the ships. The short-hulled ships were not able to operate the SH-70B Seahawk helicopters. The solution was to lengthen the ship by three meters and relocate the capstans. This operation was done to all Turkish GABYA Class (ex FFG 7 Oliver Hazard Perry) frigates at the Gölcük Naval Shipyard in early 2000s. Now all frigates are able to operate SH-70B Seahawk.

The second phase of the modernization was the GENESİS Project. GENESİS modernizes and expands the capabilities of the Combat Management System (CMS) used on FFG 7 ships, while leveraging its original foundation to interface with the ship’s sensors, weapons and platform data. With GENESIS, all OJ-197 and OJ 194 consoles, as well as both weapon control consoles (WCC) are removed.

The GENESIS Combat Information Center (CIC) features eight operator consoles with dual, vertical flat-panel displays; two tactical consoles with side-by-side displays; and a large screen display. Additional features include integrated video distribution with multiple topside cameras, customized Commanding Officer and Bridge displays and digital data recording. The weapon support processor (WSP) is replaced with an open and distributed architecture CMS that runs on modern, commercial-off-shelf (COTS) processors and workstations. While the MK 92 fire control system remains the same, the AN/UYK-7 computer that was used as the WSP is reconfigured as a cold, backup replacement of the MK 92 weapon control processor (WCP). This system enhances the ships’ situation awareness and accelerates the defense capabilities, decreasing the detect-to-engage reaction time by more than half.