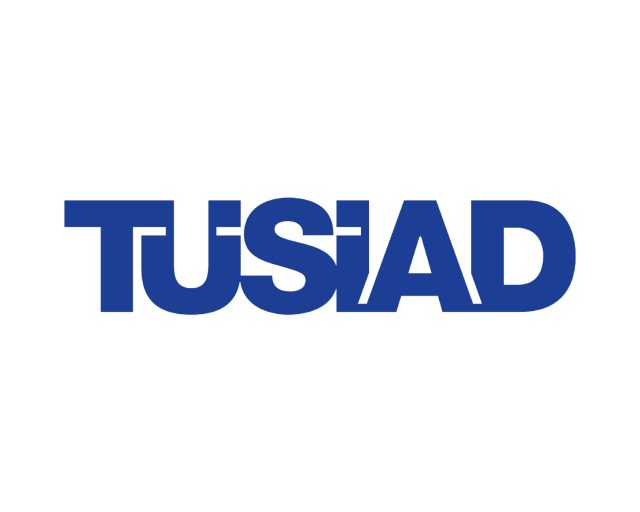 Turkish Industrialists And Businessmen(TÜSİAD), published a press release in which commented on the tension in the Eastern Mediterranean.

Notes from the press release;

Need for opening negotiations without delay on behalf of the termination in a peaceful way of voltage to be addressed as a whole disputes in the Aegean Sea,

EU, should be one of the stakeholders of the solution not the problem,

Advanced to the solution of problems that sighted policies should be followed.

The escalation of tensions in the Eastern Mediterranean reveals the urgency for all sides to start negotiations without any preconditions for a peaceful resolution through an equitable solution.

The regional discord in the Eastern Mediterranean is not just an issue of energy resources, but a strategic issue of sovereignty and maritime delimitation on the natural resources.

Energy resources in the region should be used as an opportunity for multilateral cooperation, not as a source of political friction and tension.
De-escalation, refraining from unilateral actions, dialogue and the start of negotiations without pre-conditions are essential for finding an equitable solution and to make the Eastern Mediterranean a region of peace and prosperity.

A peaceful and long-term solution in the Eastern Mediterranean needs to involve all the coastal states and it is clear that “Pax Mediterranea” cannot be achieved without considering the rights and interests of Turkey as well as the Turkish Cypriots.

The history of European integration founded on the European Coal and Steel Community proved that developing economic relations based on cooperation can lead towards peaceful conflict resolution and long-term and sustainable cooperation. The same approach needs to be followed in the Eastern Mediterranean.

The long-standing issues between Greece and Turkey in the Aegean and the EU membership of Southern Cyprus in 2004 despite not having reached a comprehensive solution in the island after the rejection of the Annan Plan by the Greek Cypriots are interlinked with today’s maritime delimitation issues in the East Med as well as the need for an equitable sharing of natural resources.

All these issues should be addressed through a dialogue process as a matter of urgency. As the first step of this process, the exploratory talks between Turkey and Greece interrupted in 2016 need to start without any pre-conditions to achieve meaningful progress. All outstanding disagreements can be solved on the basis of international law.

The EU should be part of the solution, not the problem.

We call upon the EU to take a more active and impartial role in the resolution of the ongoing disagreement. EU has an opportunity to show true leadership and lead the way towards a fair and equitable solution for both member and candidate countries. This is also in line with the EU’s strategic interest.

The principle of the EU’s solidarity should not overshadow the peculiarities of bilateral legal disputes and international law. To lend unconditional support to one party due to their membership status will not only deprive the EU of being a fair and reliable mediator, but it would also make the EU part of the problem rather than the solution.
We acknowledge the constructive approach of German Presidency of the EU in mediating the dispute, support and appreciate their efforts to facilitate the meeting in Berlin between the Turkish and Greek Delegations in July. We believe that this initiative needs further support from the international community.

The threat of sanctions or military escalation will be counterproductive and only exacerbate the tension. All countries should refrain from the use of threat of escalation as a negotiation tool. An all-inclusive multilateral diplomacy, including Turkish Cypriots, is key to break the deadlock. In this respect, the proposal of Turkish Cypriots to set up a joint committee to discuss equitable access to natural resources should be reassessed and supported.

Reengagement of Turkey in the European integration process is necessary.

We view the current dispute as a byproduct of the long-standing unresolved issues of the law of the sea between Turkey and Greece, missed opportunities such as the UN Annan Peace Plan rejected by Greek Cypriots and the interrupted policy convergence process of Turkey’s integration to the EU.

The escalation in the Eastern Mediterranean shows once more that the cure to policy disagreements cannot be policies of disengagement. Sanctions and exclusionist policies would trigger further mistrust and damage, contradict European ideals and goals to create sustainable peace, stability, and economic welfare in the region.

For the Turkish business community, any option for a Turkey-EU relationship that does not include EU membership is not sustainable given deep-rooted ties and its impact on the socio-economic development and the rule of law. Concrete steps towards an equitable solution in the East Med would create a momentum for revitalizing the relations and for reform process towards Turkey’s harmonization to the EU.

At a time when the COVID-19 crisis continues, it is our common responsibility to use our resources, both natural and intellectual, to implement visionary policies that would overcome long-standing issues and transform them into sources of peace and prosperity.

All European capitals, particularly Brussels, Ankara, Athens, Berlin and Paris should use all available tools, primarily by preserving the spirit of alliance within NATO, and utilizing diplomatic wisdom to overcome the challenges and disagreements with innovative, equitable and mutually beneficial solutions.