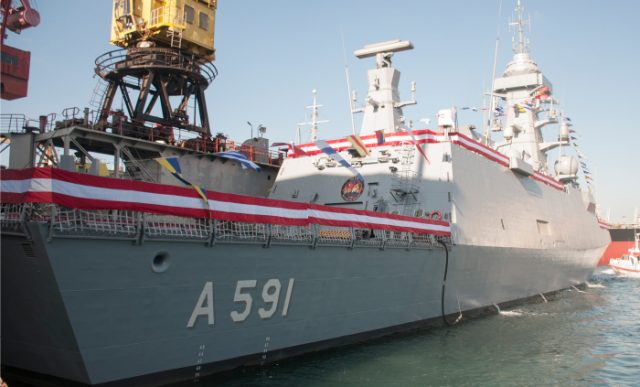 Turkey’s test and training ship, TCG Ufuk (A-591) which has been developed fully employing national resources was delivered on 14 January at a ceremony at İstanbul Shipyard, attended also by President Recep Tayyip Erdoğan.

Erdoğan said the vessel would particularly rev up the capabilities of Turkey’s intelligence services.

“Turkey is currently among the 10 nations in the world that can design, build and carry out maintenance of warships,” the president noted, saying that countries which don’t have independent defense industries cannot possibly look towards the future with confidence.

Stating that he expected Turkey’s defense exports to exceed USD 4 billion at the end of this year, the president noted:  “We are continuing work and projects on complicated systems that call for deep learning and artificial intelligence. We are fast on the way to reaching advanced countries of the world in materials and manufacturing technologies.” 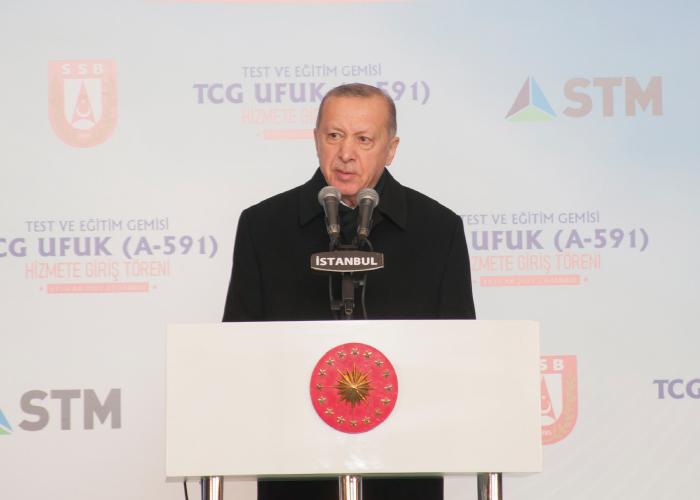 “Building vessels for the world”

Erdoğan said TGC Ufuk, the first intelligence collection ship of the Naval Fleet, was produced only through national capabilities. He said Turkey currently exports 180 offshore platforms to 25 countries around the world.

The ship was developed as part of the broader domestic ship design and development project MİLGEM (National Ship) – under the scope of which four corvettes were delivered to the navy and a frigate was launched. Ufuk was launched in early February 2019. With its command control, electronic systems, test and training system equipment to be provided by Turkish defense giant Aselsan, the vessel is tailored to be used in signal and electronic intelligence missions (SIGINT/ELINT) as well as meeting the test and training vessel requirements of the Turkish Navy.

It can cruise continuously for 45 days in international waters and under severe climate and sea conditions.