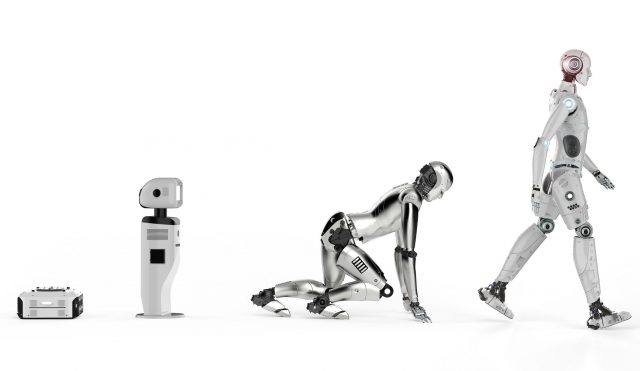 The COVID-19 pandemic has literally brought life to a state of halt across the world, with more than 1.5 billion of the world population now living in quarantine

The number of infected individuals has surpassed 2.5 million people, with nearly 200,000 deaths. The increase in numbers not only shows that the virus is expanding regionally, but also that nothing will be the same as before in the post-COVID19 era, neither sociologally nor economically. Recent statements from leaders of various countries also show clear signs of what is to come. A number of countries including Italy, Germany, France, the UK, USA and China have announced that they will be relaxing coronavirus measures after May. President Recep Tayyip Erdoğan announced that the worst of the epidemic is now behind for Turkey as of April, and some of the measures in place will be removed in late May, following Eid al-Fitr holiday. However, the same countries are opting for continuing preventive measures such as not opening borders with neighboring countries (as the case of Germany) or preventing the entry of new immigrants into the country (as in the case of the US which has put on hold the entry of new Green Card holders, citing the 21 million people who have been left without jobs in the US as the main reason).

Countries will close into their shells
Although China has, to a great extent, successfully overcome COVID-19, foreign nationals, including those who have residency permits, are still not allowed entry. Most recently Harvard epidemiologist Dr. Marc Lipsitch, who co-authored a study on the possible course of COVID-19, said: “Several rounds of social distancing will be required to get us to ‘herd immunity,’ in the absence of vaccination”, adding that on-and-off restrictions, wearing of masks and social distancing will have to stay in place until 2022. Experts note that countries will remain withdrawn into their own shell in the period ahead.

Turkey got caught at a bad time
As it is increasingly evident that the virus is here to stay, both sociologically and economically, countries will have to play according to the “new normal”. Economists say that Turkey has been caught in the stagnation that came with the virus at a particularly bad time with a high inflation rate, devalued Turkish Lira, high rate of employment and high-debt of private companies. Economists note that the possibilities at hand should be used wisely in the post-crisis era, by companies, businesses and individuals, and prioritization in spending and investments should be calculated according to this situation.

Companies will have to adapt Looking at the situation through a micro-perspective, it is likely that new trends in consumer behaviour, which has changed sharply under COVID-19, will persist in the post-pandemic era. These changes are marked by alterations in spending habits, and digitalization of purchasing of goods and services. According to data from the The Interbank Card Center (BKM), three million unique credit cards were used for the first time for online purchases in MarchApril 2020, while 2.5 million cards were used to make contactless payments for the first time. Experts say that some of this behaviour will transform into permanent habits. Akbank Strategy, Digital
Banking and Payment Systems Deputy General Manager Burcu Civelek, in recent comments made during a television programme, highlighted this point, saying: “Digitalization in this period is not an option, but an unavoidable necessity of our time. I think it is certain that businesses will come out of this process with a set of important learnings. All companies have to turn into businesses that take fast decisions, with higher agility, with the ability to produce meaningful online experiences and the ability to perform more productively. Obviously, business has a tough homework assignment to work on.”

Not optional, but a necessity
There has been much talk in the days of COVID-19 of digitalization, and growth of online shopping. Digitization was traditionally seen as expanding physical presence to online platforms and having an additional presence there. However, the current process has taught everyone, including small-scale family businesses, that this is not a matter of choice but a necessity. This development ushers in a new era where it will be easier to convince any company of any scale to invest in digital technologies, and where digitalization will be permeating into the real sector as well. Experts predict a radical transformation where we will see a rise in everything that’s digital, near-digital, online and digitally storable. The lack of physical contact has increased the importance of virtual identities with websites, communication networks and social media profiles becoming key instruments offering vital functions. This also applies to individuals. Experts say after the end of the pandemic, individuals will have adapted to technology more and will be more willing to voluntarily share their data and will have a higher level of confidence in the government and a stronger sense of its necessity.

Will trillions of dollars be enough to undo the damage?