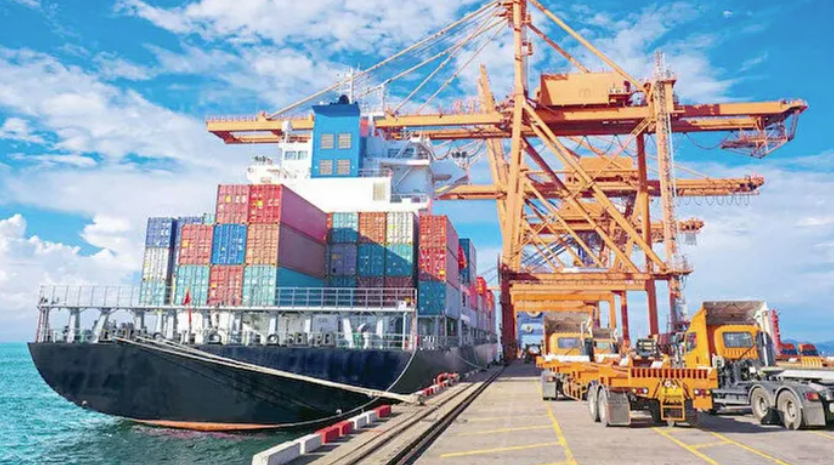 The capacity of maritime transportation is measured by the ton–mile metric. As of the 1990s four-fifths (81%) of ship traffic took place in the northern hemisphere and today more than 60% of the traffic is in the Indian and Pacific Oceans, in relation to the importance of Asia in global trade.

Maritime transportation, which is directly tied to any changes in the world economy and global trade, has been seriously affected from economic and financial crises in the last two decades. The maritime sector has made drastic changes during this time to protect itself from global crises. The sector needs to predict the future of the world economy in order to align its structure and expectations accordingly.

Global growth figures for 2019 and 2021 are estimated at 2.6 percent for 2019, -3.4% for 2020 and – 2.6% in 2021. Global growth in 2022 is forecast at 2.6%, according to United Nations Conference on Trade and Development (UNCTAD) estimates. As the economic growth in developed countries is 1.7% and 3.7% for developing countries, this difference will not be sufficient to fill the huge gap between these two groups of countries.  Some key emerging markets and developing economies are suffering from country-specific factors such as tighter financial conditions, geopolitical tensions, and higher oil import bills.

The following chart shows the relationship between International Maritime Trade and World GDP.

Both international maritime trade and world GDP suffered from the COVID-19 pandemic and other political and economic factors, and negative values are observed in both data sets. Although growth rates have been improving, there are no real expectations to reach higher growth levels in the near future.

International maritime trade capacity still remains between 10 – 11 billion tons since 2015 and this is not expected to grow. No significant difference is observed across cargo types. International maritime trade has now moved to the Asia-Pacific area. There is a significant difference between discharged and loaded cargo in Asia, which shows that China and India are still keen on improving their economies.

UNCTAD and Clarkson Research’s projections on seaborne trade development between 2022-2027 are shown in Figure 3.

A 2.2% to 2.4% growth is expected in seaborne trade according to UNCTAD and Clarkson. A significant increase, that might rang e between 1.9% to 3.8% in container trade is expected in the next five years. Annual growth of the world fleet is recorded as 2.1% in 2021 and 2022, and it is in line with the expected growth of seaborne trade.

Over the past two years, there have been increases in cargo volumes (Bulk 3.5%, Tanker %1.9 and Container 10%). The ship sizes are also continuing to increase. Ships of 60,000 DWT and above,, distributed according to their type, are crude oil vessels (48%), container ships (32%) and oil tankers (26%). This distribution is in line with existing transportation requirements

The leading registries are Panama, Liberia, Marshall Islands, Hong Kong- China, Singapore, Malta in total tonnage value in 2022.  In terms of ship ownership rankings based on nationality, Greece, Hong Kong China, Japan, Singapore and Republic of Korea are the top five countries in terms of DWT capacity. Türkiye is ranked 16 on a list of ownership based on nationality with 1.4 percent of the world total with 1518 ships and 30,433,668 DWT. 81.04 percent of Turkish-owned ships have registry in foreign flag-states.

The Baltic Dry exchange started to rise between December 2020 and December 2021 but then started to decrease and this trend still continues. The China Containerized Freight Index started to increase in November 2020 and hit its highest in December 2021. It started to decrease in January 2022, a trend which continues to this day. Average weighted earnings for all bulkers (as USD/day), started to rise after January 2020 and reached maximum of past 10 years in October 2021.  Then a lowering trend started after October 2021. Although a significant rise is recorded shown in April 2022, rate is dropped again in July 2022.

Significant improvements have taken place in key performance indicators of the major container ports thanks to technical advances, as well as in the average loading and discharging times in the ports of developed and developing countries. But there is a significant increase in waiting times for loading and unloading for tankers in the major oil terminals. 63% of the container trade has moved to Asia between 2021 and 2022, as was expected. Number of weekly departures of all cargo ships in the Black Sea region for international shipping is decreasing due to the Russian-Ukrainian War. Türkiye shared the biggest portion of the shipping in the Black Sea.

The global merchandise trade growth is expected to slightly grow in 2023 and over the next five years. The expansion of trade depends on robust global economic growth and governments pursuing appropriate monetary, fiscal and especially trade policies.

UNCTAD (2022) has highlighted key legal implications for different types of commercial contracts and the need for commercial risk allocation through suitably drafted contractual clauses. Considerations vary, however, depending on the type of contract concerned and the relative bargaining power of the parties. Areas for policy intervention include possible mandatory controls on container demurrage at ports as well as stronger dispute resolution mechanisms, facilitating crew changes, and removing remaining legal and regulatory obstacles to the adoption of electronic documents.

Reducing greenhouse gas emissions from shipping and adapting ports to the impacts of climate change will be a key issue for the maritime industry. CO2 emissions from ships are seen as a major source of air pollution. Vessels operating worldwide are now required to use fuels that contain less than 0.5 per cent of sulphur.

Another major form of maritime pollution is oil spills from bunkers. Risks in this area are ever-growing and ensuring the availability of adequate compensation deserves renewed attention from developing countries.

Adequate quantity and quality of seafarers is still a major problem for the maritime industry. Globally there are around 1.9 million seafarers according to the BIMCO/ICS Seafarer Workforce Report 2021. The global supply of seafarers stands at 1,892,720 people, up from 1,647,494 in 2015. Of these, 857,540 were officers and 1,035,180 were ratings – skilled seafarers who carry out supportive work. The five largest seafarer-supplying countries were the Philippines, the Russian Federation, Indonesia, China, and India, representing 44 per cent of the seafarers.

Seaborne trade and merchant fleet by 2050

A GL DNV study from 2017 forecast that trade measured as tonne-miles will experience 2.2% annual growth over the period 2015– 2030 and 0.6% per year thereafter, driven mostly by non-energy commodities, as illustrated in Figure 4. Trade in individual energy commodities will decline as their use declines: coal first, then crude oil, thereafter oil products. Despite projected growth in oil imports in some regions, global seaborne crude oil and oil products, trade will reach peak volumes before 2030. Natural gas – liquefied natural gas (LNG) and liquid petroleum gas (LPG) – will experience sustained growth. The situation that will arise in oil and LNG transportation in response to the measures implemented against Russia will help us conduct a forward-looking study.

The global cargo fleet will track the changes in trade volumes, as illustrated in Figure 4, but digitalization and improved utilisation mean that the fleet will grow somewhat more slowly than trade. Measured by deadweight tonnage (DWT), the crude oil fleet will decline by approximately 20% by 2050, with the decline beginning after 2030. The product tanker fleet remains stable. The bulk segment experiences a moderate growth of about 50%.

The greatest increase comes in the container and gas segments where fleet tonnage rises almost 150% to mid-century, responding to increased trade. For other cargo vessels, we project a doubling of tonnage by 2050 (GL DNV, 2017).

Future expectations regarding the world economy

The shipping industry currently is confronted with rapid challenges in relation with the improvement of technology. A futurist, Gerd Leonhard (2015) states that “Humanity will change more in the next 20 years than it has in the previous 300 years”.

Based on the approaches and predictions of some futurists:

– Change is no longer gradual, but sudden

– Digitalization will be the most significant factor in shaping these changes

Shipping is not a transparent industry and for that reason the data available for seaborne trade is not extensively reliable. However, the figures for world GDP and global trade volume can be used as a tool to forecast seaborne trade capacity. This data can also be used to predict fleet growth and subsequently, the requirement for seafarers.

Freight rate mechanisms should be considered by type of the cargo ships. The container freight rates have more stable growth patterns compared to those of bulk and tanker freights.

Shipping is a risk-laden and complex business. In all stages of business planning, high priority should be given to risk assessment and management. 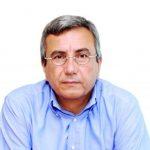 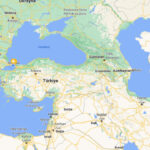 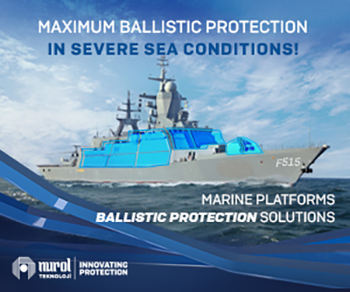 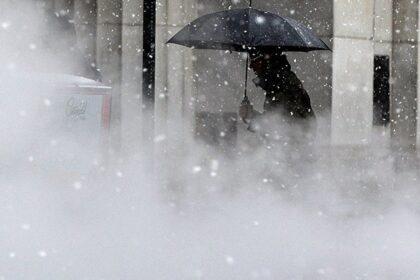 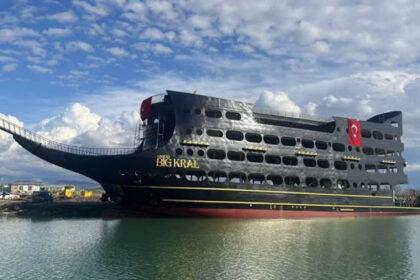 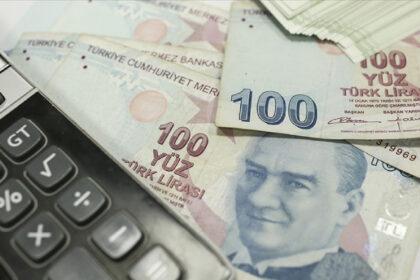 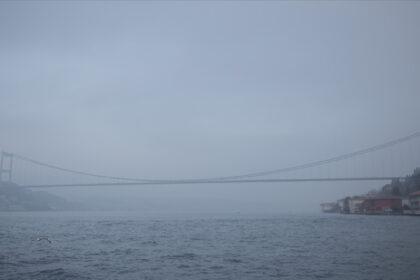 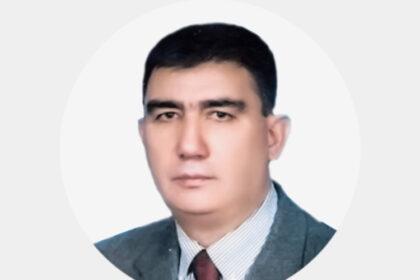 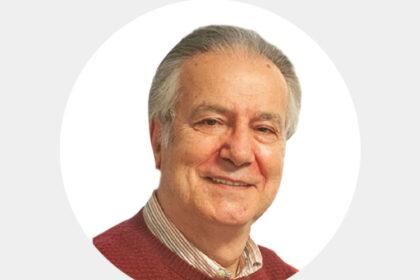 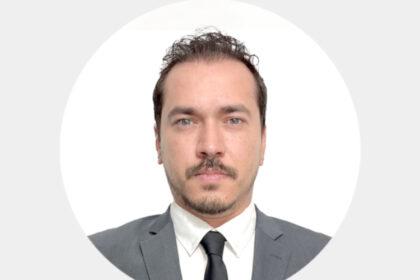 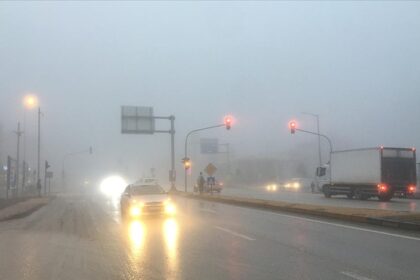