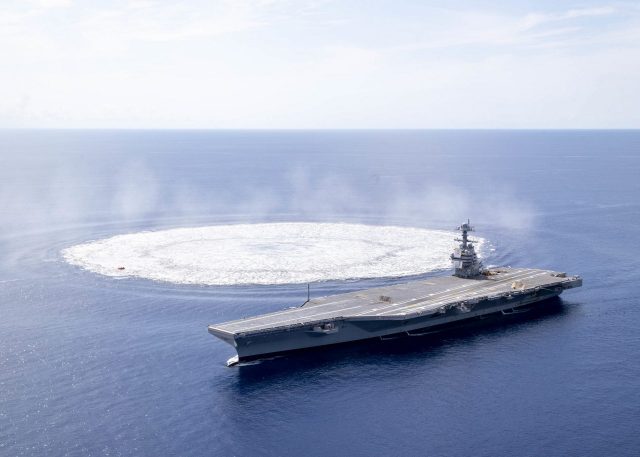 The US Navy on 22 June detonated 40,000 pounds of high explosives underwater near the new aircraft carrier USS Gerald R. Ford as part of a test known as a full ship shock trial.

The test, designed to test whether the ship can withstand a near-miss in combat, led to an explosive charge so powerful that seismographs on land recorded it as a 3.9 magnitude earthquake.

The USS Gerald R. Ford, which the Navy commissioned in 2017, is the first of the class of Ford-class carriers. However, the ship has yet to conduct a patrol, because it has suffered extensive teething problems on several brand-new technologies, including the electromagnetic aircraft launch system that replaces more traditional steam-powered aircraft catapults, as well as advanced weapon elevators.