Offshore wind power technology and investments in this area continue to grow at a fast pace around the world. The potential offered by offshore power plants in particular will likely have profound effects on the energy industry in the coming decades.

Floating power plants offer incredible advantages, they can submerge into depths of as deep as 1000m, compared to land-based turbines that can only reach a maximum height of 70m. They can be built across vast expanses, allowing harnessing of the wind potential of larger areas.

However, these offshore plants located kilometers away from the land also pose problems, especially in transmission of power to a mainland over long distances. Power generated from these plants is produced at regular intervals due to the nature of wind and transmitting it over long distances can be very taxing for the power grid, causing several technical problems. 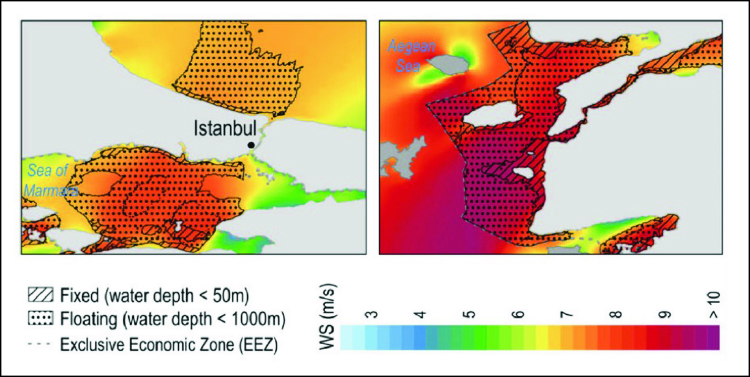 Energy islands to the rescue
The new concept of energy islands was born out of a need to solve this problem encountered with offshore wind plants. Systems built on these artificial windfarm islands store power at a central hub and they content transmission grid systems for improved power flows to the land.

The next step in this concept is the transporting of green hydrogen or green ammonia produced from the power generated at the islands by way of vessels. The first initiative in this regard has already been approved by the government of Denmark; the construction of this country’s first energy island is planned in the North Sea.

Around the world and in Türkiye, there is a tendency to try and diversify green forms of energy. Globally, the off-shore wind farm market is growing faster than the traditional land-based wind power market. 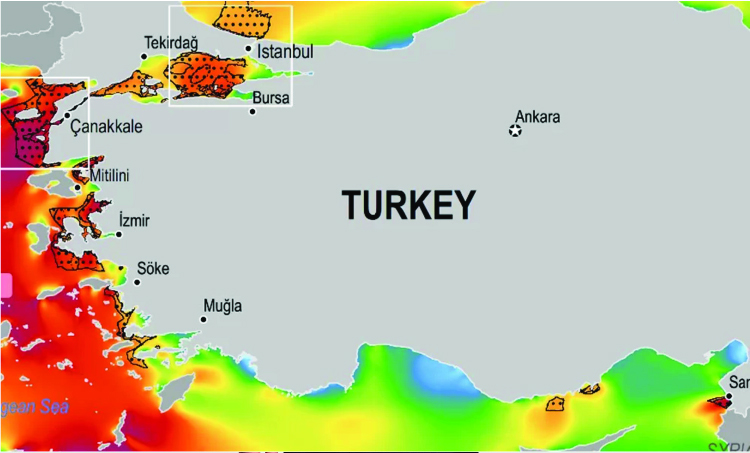 Türkiye’s region has an extremely high potential for offshore wind power production. Capitalizing on this advantage, Türkiye can become a hub in the supply chain of wind generated energy, including the supplying of materials for building offshore wind farms.

These wind farm and supply chain related investments will potentially add up to billions of dollars, if we take the investment rate to be 3 million euro per 1MW of power generation. To benefit from this market, Türkiye needs to take action in various fields.

Our country has made significant progress in terms of building land-turbines, power generation and supply. This experience and the potential available in the region, if merged with the marine industry, will become a formidable power that can turn Türkiye into a hub for supplying energy-generated from wind farms.

Other green products from offshore wind
Offshore wind energy remains unharnessed by Türkiye, but offers great potential. Across the world, new approaches are being tested in renewables in accordance with changing business models and needs in the energy sector. Wind is not only used for power generation, but also for production of hydrogen and ammonia. Türkiye could use these plants extensively in the production of green hydrogen/green ammonia.

According to World Bank data, 20 gigawatt out of Türkiye’s total 70 gigawatt offshore potential is located in the Aegean and Marmara regions.

Offshore projects in general start at a minimum of 500 megawatts of capacity. Projects at such a scale can become a reality with the setting-up of consortia that also include state agencies among their members.

Greece has set a target to build wind farms of 2-gigawatts capacity in the Aegean. Türkiye, too, needs to declare a similar target in order to attract domestic and foreign investors; creation of a fertile investment environment and establishment of supply chain structures. 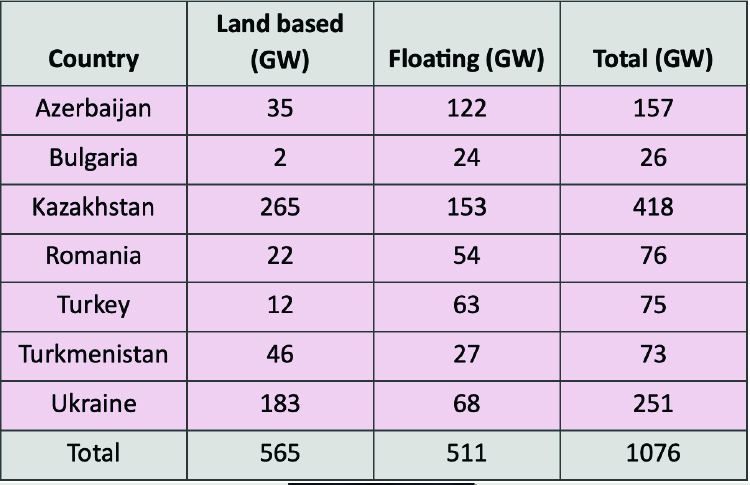 Estimated Offshore Wind Farm capacity in the region by country
According to data provided by the Global Wind Energy Council (GWEC), 5 percent of all the electric production in the world last year was generated by offshore wind turbines. The total offshore wind power capacity of the world had reached 48 gigawatts as of the end of last year.

According to GWEC predictions, the volume of annual offshore wind installations is expected to pass the 20 GW milestone in 2025, increasing its share of global new installations from current 6,5% to 20% by 2025.

Government agencies, private industry actors and civil society organizations should take the lead in encouraging investments in this area that will help Türkiye achieve its highly promising potential in this area.

*TOWEA has been established with the purpose of establishing coordination between the marine industry and the energy sector for building and developing wind farms. TOWEA actively works to build and advance civil society initiatives on wind energy, support individuals and organizations working in this field, collaborating closely with state agencies and universities in its activities to create awareness. As part of our active efforts in this field, our association has won a grant from the European Union on developing Offshore Wind Plant technology. Showing the existing potential of our country in offshore wind power sources, enabling the usage of offshore wind power and supporting the development of this industry and contributing to legislation in this area are among our TOWEA’s main goals.

This website uses cookies to improve your experience while you navigate through the website. Out of these, the cookies that are categorized as necessary are stored on your browser as they are essential for the working of basic functionalities of the website. We also use third-party cookies that help us analyze and understand how you use this website. These cookies will be stored in your browser only with your consent. You also have the option to opt-out of these cookies. But opting out of some of these cookies may affect your browsing experience.
Necessary Always Enabled
Necessary cookies are absolutely essential for the website to function properly. This category only includes cookies that ensures basic functionalities and security features of the website. These cookies do not store any personal information.
Non-necessary
Any cookies that may not be particularly necessary for the website to function and is used specifically to collect user personal data via analytics, ads, other embedded contents are termed as non-necessary cookies. It is mandatory to procure user consent prior to running these cookies on your website.
SAVE & ACCEPT