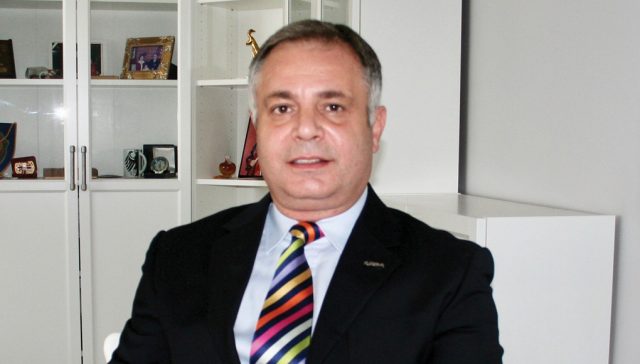 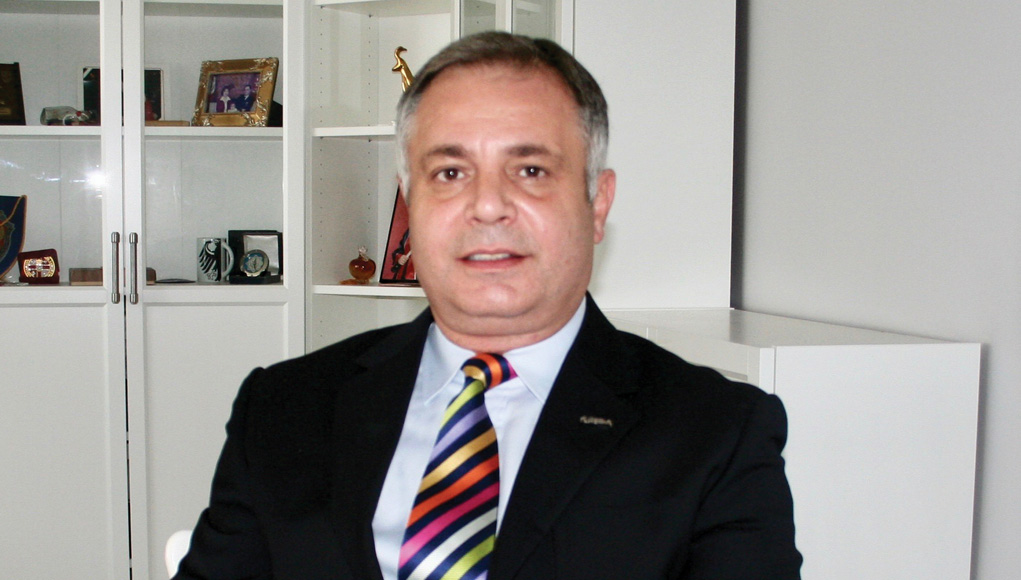 “The emerging powers and particularly the rise of China serve as both opportunities and challenges to the world, and Turkey should embrace the opportunities,” writes retired navy officer and Asia-Pacific affairs specialist Gökhan Binzat

The rise of Asia started with Japan and South Korea but the real transformation accelerated as China joined to them with its sheer size. The whole axis of the global economy and consequently the balance of world power is now inexorably tilting east. With its almost half of the world population and key engines of the global economy, Asia-Pacific has eventually become a key driver of global politics.

In this changing context, China Communist Party’s 19th congress last year heralded the start of China’s third great political epoch since Mao Zedong. Now the time has come for China to transform itself into “a mighty force” that could lead the world on political, economic, military and environmental issues.

Communist party will first lead China to “basically realize socialist modernization” by 2035, when, among other things, the nation will have narrowed its wealth gap and improved its environment significantly. And the second stage will last from 2035-2050, during which China will become a “leading global power.”
This noticeable change in China’s course is rooted in president Xi Jinping’s idiosyncratic rule and vision. Xi Jinping was promoted to Chinese Communist Party General Secretary in 2012. He is the second leader clearly chosen by his peers after Mao Zedong.

In a nutshell, Beijing seems to be geared up its massive state mechanism to destination of global leadership in the following decades.

Even though China has slowed in recent years, its economy remains the single largest contributor to the global economy. During Xi’s rule China’s economy continues to perform strongly with growth projected at 6,6 percent for 2018. China is still the world’s second largest economy by Gross Domestic Product (GDP) and the largest by GDP at Purchasing Power Parity. The country’s manufacturing output overtook that of the U.S. almost a decade ago. China accounts for 1,2 percent of world GDP growth, namely, China’s share is almost 39 percent of the total. United States GDP growth rate is 2,2 percent with 0,3 percentage points to overall world GDP growth, or only about one-fourth of the contribution made by China.

It is well worth mentioning some aspects that are embodying Beijing’s vision:
– Belt and Road Initiative (BRI) is officially announced by Xi Jinping in 2013. BRI is a commitment to easing bottlenecks to Eurasian trade by improving and building networks of connectivity across Central, Western and Southern Asia, but also reaching out to the Middle East as well as East and North Africa. Although often labeled the New Silk Road(s), the BRI is much broader in scope than its predecessors. Project which is planned to be completed by the 100th anniversary of the founding of the People’s Republic in 2049, is estimated to invest 4 trillion US dollars in total. The idea is to literally rewire global trade from China throughout Asia, the Middle East, Africa and Europe.
The BRI includes two separate routes, the “Silk Road Economic Belt” (SREB), i.e. the overland part of the broader BRI, and the “Maritime Silk Road”, each encompassing a number of corridors, which are currently in some stage of planning or construction.

Although Chinese government officially prefer to call it an initiative, it should be regarded as the country’s new opening-up strategy. Recent economic and political developments in the United States-with President Trump’s withdrawal from the Trans-Pacific Partnership (TPP) and his decisions to adopt major protectionist trade policies and immigration restrictions-have cast doubts on the future of American hegemony and US participation in global governance. China has taken a clear position to defend globalization and boost new multilateralism. However, China is still a developing country with neither the ability nor the obligation to defend and lead globalization alone. Seeking Europe as a partner may be crucial.

The initiative is expected to help revitalize domestic industries in China; bring higher returns for Chinese capital and higher demand for Chinese goods and services; absorb China’s labour; and use China’s excess industrial capacity, such as cement for ports and roads and steel for rails and trains, among others. China’s western region is expected to benefit through the building of hinterland connections and infrastructure, and the generation of demand for high value-added steel products, such as for pipelines and high-speed railways. Greater energy security for China may also be achieved by making use of alternative routes to the Straits of Malacca though Pakistan, Myanmar and Thailand.

Beyond China, the initiative may help reduce transport costs, increase trade flows and open new markets to all involved countries, as well as promote the development of emerging industries. Although most of the public debate and attention have been devoted to the implications of BRI in central Asia, no less crucial to the overall success of the initiative is the Middle East and North Africa (MENA) region. Indeed MENA region is a truly strategic place where the Belt joints the Road, i.e. where the two major overland and maritime routes will eventually meet, as the China-Central Asia-West Asia Economic Corridor reaches Iran and Turkey and Mediterranean Sea, the Red Sea and the Suez Canal.

Hence Turkey is one of the most prominent countries for BRI considering its unique geographic position and common historical, linguistic and cultural ties with Central Asia, where native populations are mostly Turkic. Central Asia, as is well known, has strategic importance for security and stability of the Euro-Atlantic region and its energy resources are vital for global energy security, as well as the region continues to be a major hub for gas and oil pipelines.

– The China-led Asian Infrastructure Investment Bank (AIIB) was launched two years ago on January 16, 2016 to help its members to meet an estimated USD 21 trillion financing gap between the region’s demand for infrastructure, projected at USD 40 trillion from 2015 to 2030. The AIIB approved 28 projects for a grand total of USD 5.34 billion since inception, and approved its first loan in Turkey on June 24, 2018 to increase the reliability and security of Turkey’s gas supply. The AIIB has also invested USD 600 million in the Azerbaijan segment of the new TANAP natural gas pipeline which will allow Azerbaijan to export natural gas directly to Europe via Georgia and Turkey. Moreover, Turkey holds 2.66 percent share of the AIIB, just below the top 10 shareholders, where United Kingdom is tenth with 3.11 percent.

– In order to safeguard his sovereignty and security in the South China Sea, Beijing constructed seven artificial islands on the reefs and partially-submerged islets in the strategically-important waters of the Paracel and Spratly Island chains in 2015. Beijing is militarizing those reclaimed islands by erecting bunkers, aircraft hangers and barracks for troops. In doing this, China seeks to expand its maritime presence and to keep open maritime transportation lines and chokepoints that are crucial for its energy needs and trade flow.

– China’s first overseas military base in Djibouti in the Horn of Africa is operational since 2016 for resupplying navy ships taking part in peacekeeping and humanitarian missions off the coasts of Yemen and Somalia. Its location also matters greatly to global commerce and energy, due to its vicinity to the Mandeb Strait and the Suez-Aden canal, which sees 10 percent of the world’s oil exports and 20 percent of its commercial exports annually.

– As part of military modernization; People’s Liberation Army Navy (PLAN)’s first aircraft carrier Liaoning was commissioned in 2012 after extensive refurbishing of Soviet built ship (ex Varyag). Liaoning is said to be operationally ready as of 2016. Second aircraft carrier is being constructed in Dalian. Development of the new carrier began in 2013 and construction in late 2015. It is expected to be formally commissioned before 2020, after sea trials and the arrival of its full air complement. China is believed to be planning to build at least two and possibly up to four additional carriers.
Those above developments are the milestones of China’s challenge to global leadership, so that is why harnessing China’s growth and dynamism is central to American economic and strategic interests and a key priority for the United States.
Washington, D.C. based Center for Strategic and Budgetary Assessments released a report titled “Force Planning for the Era of Great Power Competition” in October 2017. This report recommends priorities for a force shaped to operate in the contested environments of the Asia Pacific and other regions. The report reveals that the U.S. institutions shifts its future force planning from hegemony toward great power competition by developing new operating concepts and capabilities to deter, and if necessary defeat, aggression by China and Russia.

This is the America’s dilemma. Even though China’s rise is mainly economic, the United States seeks to constrain China with hard power, as we are accustomed to witnessing. The near term battle for influence in Asia will rise and fall on economics instead. But power politics damages the United States, undermines its economy and causes anti American sentiments. Post-Cold War U.S. unipolarity and its hard power dominance will likely endure 10-15 years more, after disestablishment of its three main pillars; economic dominance, the capacity for diplomatic bandwagoning, and the appeal of American soft power.
In the new global order, the ideal model would be a new global system that is more equitable, inclusive, representative, legitimate and fair. The deepening of international economic cooperation and the strengthening of interdependence would help solve the security dilemma and provide a solution for international conflicts by cementing common economic interests among the parties engaged in confrontation.

By 2050, the top five largest global economies are most likely to be China, India, the U.S., Brazil and Indonesia. The emerging powers and particularly the rise of China serve as both opportunities and challenges to the world in the twenty first century. Turkey with its cousins in the Central Asia should be prepared to this change and embrace the opportunities in close cooperation with emerging powers, as well as with the key players such as the E.U. and Russia.