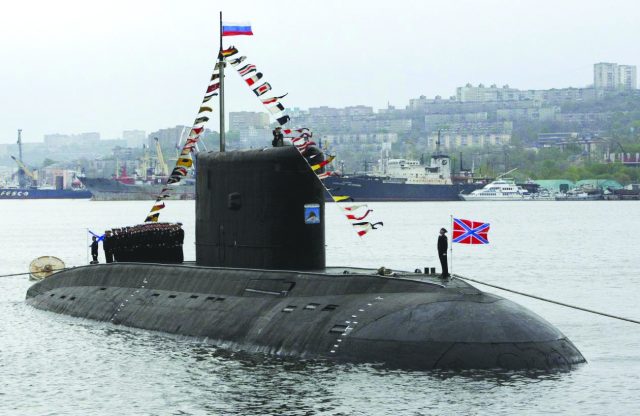 The seventh Russian Navy Kilo-class submarine Petropavlovsk-Kamchatsky has completed its trials after two months of tests.

The submarine started trials mid-August after being launched in March this year.

As explained by the shipbuilder, the submarine’s testing process was expedited as the ship completed both builder’s and state trials in a single underway, without the need to return to the yard for the duration of the trials.

In addition to being the seventh unit in its class, the submarine is first of a batch of planned six Improved Kilo (Project 636.3) submarines for the Russian Navy’s Pacific Fleet. The first batch of Improved Kilos, which are often dubbed as “Black Holes” because of their stealth qualities, are already in service with the Russian Navy’s Black Sea fleet. Construction of the Petropavlovsk-Kamchatsky started in July 2017 under a two-boat contract the Russian defense ministry signed with Admiralty Shipyards and Armur Shipbuilding Plant in September 2016.

Improved Kilo-class submarines are armed with 18 torpedoes and eight surface-to-air missiles. The vessels can accommodate a crew of 52 submariners and can stay at sea for 45 days.

They displace 4,000 tons when submerged and reach speeds of “over 17 knots,” according the Russian Navy. The submarines are also equipped with Kalibr-cruise missiles which are also fitted on Russian nuclear-powered Oscar-class submarines.