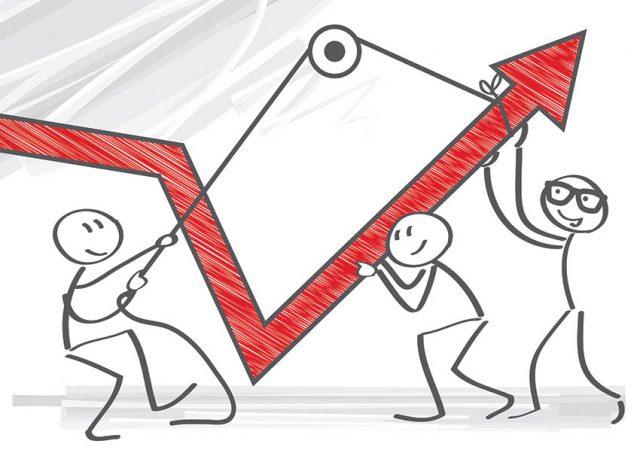 It’s now been a while that the dollar rate remains in the TL 5.70-5.80 range, which indicates a partial stabilization of the rate. Current levels of interest rates could not be imagined expected by anyone three or five months ago. According to Central Bank data, commercial loan rates were at about 36.5 percent in September 2018; a level which has now fallen to 13.87 percent. This figure stood at 20 percent in September 2019. In the case of house loans, the rates have, on average, gone down to as low as 12.97 percent. As such, for the first time in six years, the rates for commercial loans have fallen below those of house loans.
Commercial loan rates, which stood at 12.27 percent in September 2016, have fallen to 12.87 percent- their lowest in 3 years. The level of deposit interest rates has fallen to 11.73 percent, which stood at 23.55 in June this year and ranged between 28-30 percent the previous year. But have these dramatic decreases in interest rates boosted demand and provided the necessary support for economic activity?The reason behind
plummeting rates
Experts say the answer to the question above lies in the sharp drop in the interest rates. The main actor, which caused this sharp fall, has undoubtedly been the Central Bank, which brought the nightly borrowing rate down to 14 percent with a 10 point cut. This decrease has made Turkey’s Central Bank the world’s biggest rate cutter. But as President Recep Tayyip Erdoğan has iterated several times, these rate cuts have been possible owing to the presence of a political will supporting such decreases. The president openly stated that the last governor of the Central Bank was dismissed for refusing to cut the interest rate. Another point that has supported the rate cut was a sharp drop in the inflation rate. However, what caused the drop in the inflation rate was the base effect, which was quite high, and a strong slow-down in domestic demand. At the same time, many central banks of the world, including those of the US, European Union and China, cutting domestic interest rates to revive their economies, has also helped the Central Bank of Turkey’s rate decrease decision.

Why hasn’t the loans market
seen a revival?
But has the dramatic fall in interest rates reflected positively on the volume of loans borrowed? To this question, bankers give a short yet emphatic “No” as the answer.
Bankers say new commercial loan requests for investments remain low, with most borrowing requests seeking restructuring schemes. Economists say that an environment of confidence still hasn’t come about in the market, despite the sharp fall in the rates. The general perception is that “there is political intervention behind the fall in the interest and inflation rates,” which they note is not helpful in improving future expectations and lead companies to postpone investment decisions.
A partial revival has been observed in house and individual loans, experts say, adding that many consumers want to seize the opportunity that has come with lower rates and purchase property. Experts say this situation is defined by growth based on domestic demand and consumption. Noting that confidence remains law in the economy, experts suggest that policy makers should take their next steps in the awareness that a process of normalization has begun in the economy.