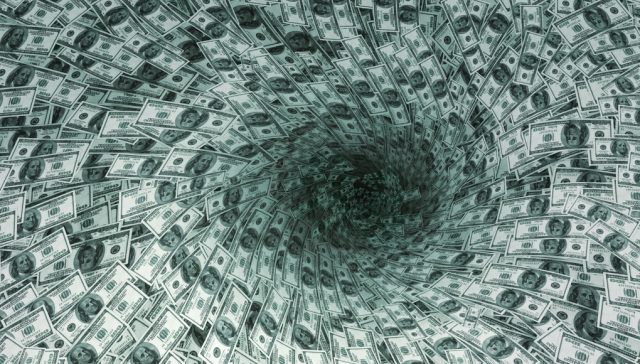 The interest rates jumped to around 25 percent, while the credit default swaps (CDS), which show Turkey’s risks, are around 400 base points. The value of dollar against the lira has increased 69.7 percent compared to the beginning of the year, and 81.6 in one year. The lira’s loss against the dollar is 41 percent and 44.9 percent, respectively. During the 2001 devaluation, the lira’s loss had reached 59.9 percent, hence we are just 15 points behind the 2001 crisis numbers.

The volatility of the exchange rate has put the politicians, the business world and the men on the street on alert. Because in such an economic environment, it is not easy for the business world to decide on investment and production, and for the ordinary man to decide on spending besides the compulsory expenditure. Especially when the memories of the exchange rate-led crises of the recent history are still alive.
So, what happened and a storm broke out all of a sudden?

Are the macro indicators too bad?
If we look at the macroeconomic indicators, the ratio of our current public debts, household debts and even the banking sector debts to the GDP is considerably low when compared to the other developed countries and the OECD average. Moreover, although it has recently increased, the ratio of the budget deficit to the GDP is below the Maastricht Criteria. On the other hand, the private sector’s debts have reached 65 percent of the GDP and half of these debts are in dollars. This ratio is high compared to the other developing countries. In addition to all these, there are talks of global trade wars and the risk appetite of the owners of the hot money Turkey needs for investments is low.

Yes, Turkey was named among the countries most likely to be hit by a global economic storm due to some macroeconomic indicators such as the private sector’s high debts, the high current account deficit and the inflation tending upwards. But no indicator and analysis predicted the dollar exchange rate hitting 7 liras and the interest rates going up to 25 percent.

That is why nobody, including veteran bankers İş Bank CEO Adnan Bali and TEB CEO Ümit Leblebici, can explain such a bleak mood only with economic theories. The difference of opinions between Turkey and its 70-year NATO ally the United States, and the messages on social media by the U.S. President and his deputy on the social media and the threats of sanctions have fuelled the “attacks” on the Turkish economy and the Turkish Lira. In other words, the U.S. attitude towards Turkey and the way it leads the process caused as feel the tremor at a magnitude of 9. On a Sunday night, when the dollar went over 7.2 liras and the gossip that deposits and foreign money in banks will be confiscated, remarks by Treasury and Finance Minister Berat Albayrak to calm the public, and following steps by the Central Bank and the Banking Regulation and Supervision Agency (BDDK) at least managed to prevent the spreading of the fire. The system acted in self-defense and the markets partially settled down.

The Banks are strong, the gossips are malevolent
According to experts, the response by the Treasury Ministry and other institutions to the exchange rate attack led by the U.S. is a new and good action. Noting that the exchange rate can no longer continue its totally free upward move and at least it will hit some obstacles, experts a high volatility may replace the constant rise in the exchange rates. This volatility can go both ways and the wavelength can be high, experts warn, adding that the reason for this is the ongoing crisis with the U.S. Whatever the problem with the U.S. is, it has not been resolved, bankers say, noting that the hostile attitude of the opposite side may continue, and Turkey may be carrying fuel to the other side’s fire while trying to contain and put out its own exchange rate fire.

Bankers especially emphasize the recent gossips targeting the banking sector, noting that the foundations of the banking system are solid and it has no need of liquidity. The banks are rock solid, they say, adding that everybody is on the same ship and not only the banking sector, but also all other sectors should do their part to save the ship in this strong storm.