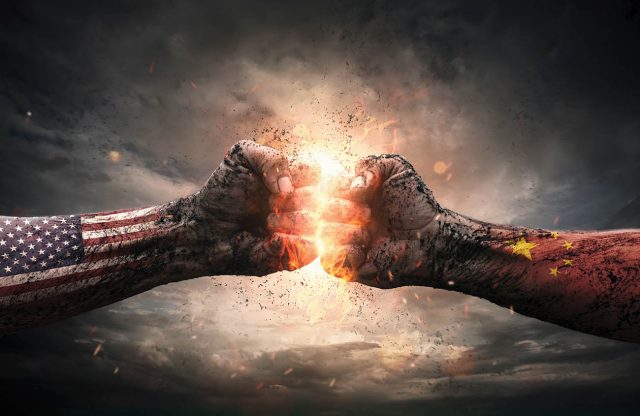 Markets are entering the month of September with a lot of unanswered questions once again. All eyes have been fixed on the G7 Summit and the Jackson Hole Economic Policy Symposium in late August. All of this happening is at a time when the US-China trade war is playing out as a battle of retaliation, overshadowing even these key meetings

The escalating trade war has made it impossible for investors, central bankers and world leaders to evaluate the results of these key events over the long run. With China threatening to introduce more retaliatory tariffs targeting the US,and US President Donald Trump announcing new tariffs on Chinese products, the trade war is far from a negotiable settlement.

Investor hopes crushed
After Trump introduced 100 billion dollars in US tariffs applied exclusively to Chinese goods, investors lost all hope of compensation they expected to see before 1 September. Most recently, China announced that in retaliation to US tariffs on Chinese goods, it was increasing tariffs on US goods by 5 percent. Trump tweeted in August, days before the G7 Summit, that China and other nations have cost the US to lose hundreds of billions of dollars exploiting US trade laws. “In the spirit of achieving fair trade, we must balance this very unfair trading relationship. China should not have put new Tariffs on 75 billion dollars of United States products,” the US President wrote.
Trade war rocks markets
These developments hit markets quite strongly, with Dow Jones, Dow Jones, S&P 500 and Nasdaq registering losses of 3 percent on a daily basis. The fallout also impacted emerging markets like Turkey negatively. In the case of Turkey, the dollar rate rose to TL 5.79 from TL 5.55, with markets expecting it to climb higher up to TL 5.85. Economists say that the restart of the trade war, developments in Argentina, the Central Bank Changing the ratio of and remuneration applied to required reserves, rumors that the Central Bank will announce a hard rate cut on 12 September, when its next Monetary Policy Meeting is scheduled, and gradual increases in foreign currency deposits held by individuals and companies are among the factors that have caused the rise in the dollar.

Turkey should increase
exports
The exchange rate has now become a new element threat for Turkey’s fragile inflation rate, which had partially gone on a downward trajectory in the recent period. The country’s economy management should answer the question if it can be possible to keep inflation at a single-digit figure with the lira sails at such a cheap rate. However, despite the loss of value in the lira, there has been no significant increase in exports. Economists say at this point urgent steps must be taken to increase exports as devaluation can’t go on indefinitely.