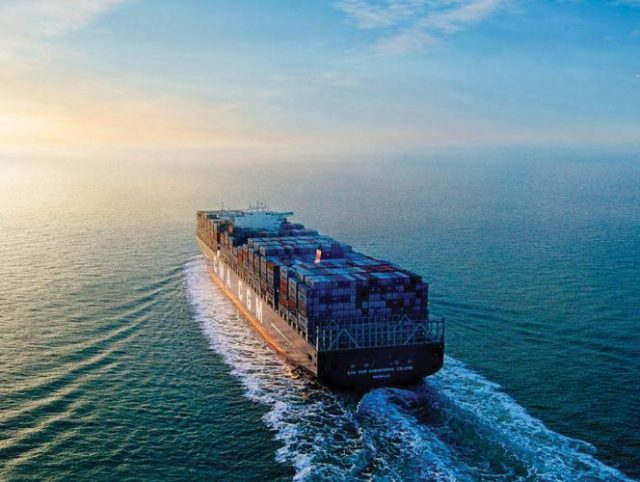 French shipping giant CMA CGM will have taken delivery of 20 LNG-fueled containerships by 2022 as the world’s fourth largest carrier seeks to cut its carbon footprint.
On the occasion of World Environment Day, marked on 5 June annually, CMA CGM said that since 2015 it has cut CO2 emissions per container transported per kilometer by 17 percent, in line with it’s goal of around 30 percent by 2025. From 2005 to 2015 the group had already achieved a 50% reduction in CO2 emissions.
CMA CGM says it intends to accelerate its actions in 2019 to protect the environment. Since 2018 CMA CGM has taken delivery of its first two LNG-powered vessels, with 18 more LNG containerships expected to join the fleet by 2022 including nine 22,000-TEU vessels.
This year CMA CGM also became the first shipping company in the world to successfully test a biofuel oil on board one of its container ships. Other eco-friendly innovations the company is using include improved ship designs, latest-generation engine which reduce fuel consumption by an average of 3 percent and oil consumption by 25 percent, approved ballast water treatment systems, and the creation of a Fleet Navigation Center, which enabling the Group’s vessels to optimize their routes in order to reduce fuel consumption.