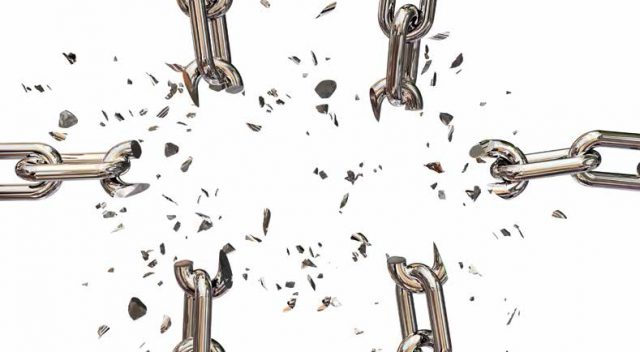 While the Fed has anticipated that price pressures would abate as the pandemic subsides, Powell said it would be important for the central bank to stay flexible in the months ahead. The central bank will “need to make sure that our policy is positioned for a range of possible  outcomes” but is patient and careful.

Also at this time, the global energy crisis is escalating; with the resulting inflationary pressure threatening economies around the world.  Added to this is the  global supply chain chaos which is rattling the world, starting with the US and Europe. The supply chain crisis has further pushed up the inflation rate, keeping boats and container vessels in place. Seaborne trade costs have gone up tenfold; and all the links down the supply chain connecting ports to air land transport have broken.

Eurozone inflation hits 13-year high
The supply chain crisis is expected to continue for at least another while. According to a recent study conducted by JPMorgan Chase and IHS, the delays in delivery times in the production industry are posting the worst regression of the past 23 years. The supply chain crisis has driven inflation in the eurozone to 3,4 percent, the highest in 13 years. The EU average inflation rate rose to 3,6 in September, up from 3.2 in August. Last year, the EU inflation came in at 0.3 pct in September and – 0.3 pct in the eurozone.

“200 point rate cut has eroded certainty”
While the global markets are rattled by inflation and supply chain disruption, Turkey is spiraling down to an increasingly harder impasse. International credit rating agency Standard & Poor’s (S&P) on 22 October affirmed Turkey’s long-term foreign currency rating at “B+” and long-term local currency rating at “BB-,” with a stable outlook but stepped up warnings regarding the country’s inflation rate, which is now nearing 20 percent. The agency says Turkey ranks 8th amongst 137 countries ranked on the basis of their inflation rate. It said the country’s monetary policy remains uncertain adding that a weaker lira poses a risk for the domestic corporate sector given the substantial amount of foreign currency denominated debt and the currency impact on debt servicing.

A 200 point rate cut in October -following a prior 100 point cut in September- was a shock for global markets at a time when the entire world is struggling with inflation and a power crisis. The rate cut has distorted any predictability of the markets. The dollar rose to more than 9,6 against the lira, while the rate of one euro surpassed 11 lira in the final week of October. Turkey’s risk rose by one fifth during this time. The Central Bank’s cut didn’t translate into rate cuts in the markets; to the contrary, the resulting uncertainty drove up interest rates on bonds. The markets also widely expect credit rates to increase.

“We are in for a tougher period!”
Economists say although the Central Bank has lowered the rate for easing financial conditions in the markets, the exact opposite is happening. Saying that a 200 base point reduction can only be taken to counter a harsh economic shock or a major slow-down, analysts say that they are finding it hard to understand the reason behind the urgency. Experts note that making a sensible reading of the economy is not possible under these conditions: “The fact that the late liquidity window lending rate remained at 600 bas points and the harsh rate cut unfortunately indicate that financial risks will remain high in the period ahead. We are entering a new era with a weak lira and high inflation where undertaking new costs will be more difficult.”